An Adventure In Education

While we provide ourselves on the high-quality, STEM-based education we offer to young children, there is one simple fact that every parent and educator must come to terms with — a student only learns as much as they want to learn. Even the smartest child in the world will amount to little if they’re loath to learn new things. The comfort zone is the enemy of progress, and as a parent, there’s a lot you can do to nurture a love of learning in your child’s formative years.

This is one of the most important things you can do. When somebody decides that learning is a chore, it can undermine their entire academic and professional future. At The Madame Curie School of Science and Technology, we do our best to encourage the love of learning. But there’s only so much we can do. When your preschooler or kindergartner isn’t with us, here are some things you can do to cultivate their thirst for new knowledge:

Expose Your Child to New Things

In the early years of any child, there is a whole lot of growth happening in the brain, and it’s one of the best periods to constantly be introducing them to new things. Despite the fact that people discover new interests throughout their whole life, you can get a pretty good idea of what your kid likes in the early years. An adult who works as a CGI animator, for example, is likely to have shown a fondness for art and creativity at a very young age.

In the early years, the trick is to expose your kids to new things, but allow them to decide what they want to pursue (more on that below). In other words, it’s less about diving deep into any one subject, and more about dipping their toes into the water of countless different pools. If you do this, both you and your child will have a much clearer trajectory of their life direction once it’s time to get more advanced.

Let Them Choose What to Learn

This goes hand-in-hand with the last point, and it’s also one of the most important ones on this list. Exposing your child to new activities is a delicate balancing act. On one hand, you should be trying to introduce them to as many new things as possible, because they could latch onto idleness and low-value pastimes if you don’t (such as watching endless TV). On the other, you don’t want to dictate their progress or force them to jump into programs they have no interest in.

Remember what we said earlier — the love of learning dies once it becomes a chore. So if you force your child into a path they don’t want to walk, they might come to resent the learning process altogether.

So, take sports for example. It’s a great idea to take your kids to the park, throw balls around, and teach them some of the basics of certain sports, and then play it by ear from there. What you shouldn’t do is arbitrarily decide that your child should be in a baseball program, and sign them up, despite the fact that they’ve shown little to no interest. Let your kids have a say in the direction of their learning. 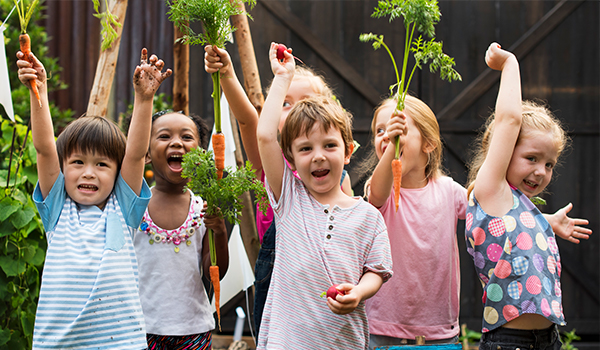 There are plenty of compelling reasons for adults to read every single day. Reading, without a question, greatly stimulates our minds. But in children, the benefits are multiplied greatly due to the fact that their brains are still in active development. The stimulus and learning that occurs when young children read books is invaluable.

Aside from the obvious fact that books are a conduit to knowledge and imagination, the act of reading itself provides many long-term benefits for preschool to kindergarten-aged kids. Children who read at very young ages are likely to have a much more sound understanding of grammar as they grow older, and their vocabulary will be leaps and bounds ahead of their peers who don’t read. This is huge, as there is a staggering amount of adults in the country who don’t comprehend English beyond a 5th-grade level.

But aside from the linguistic learning that books nurture in the young minds of children, they’re also invaluable for learning new things. Kids who read often will have highly developed imaginations and they learn early on how to learn new concepts on their own — from books!

Expose Them to Valuable Media

Screen exposure to children is a controversial subject, and rightfully so. We don’t even fully understand the long-term ramifications of being exposed to smart technology at such young ages, because it’s such a new phenomenon. While kids have been growing up with TV screens in the home for the better part of a century now, that’s a far cry from the absolute bombardment of screens in our life today. So parents face a tough question — how much time (if any) should your young child be spending on a screen?

Even if you avoid screen exposure for several years, the prospect of frequent, daily exposure is inevitable. And when your child reaches that point, it will matter what kind of stuff they’re looking at. There is high-value media and low-value media. 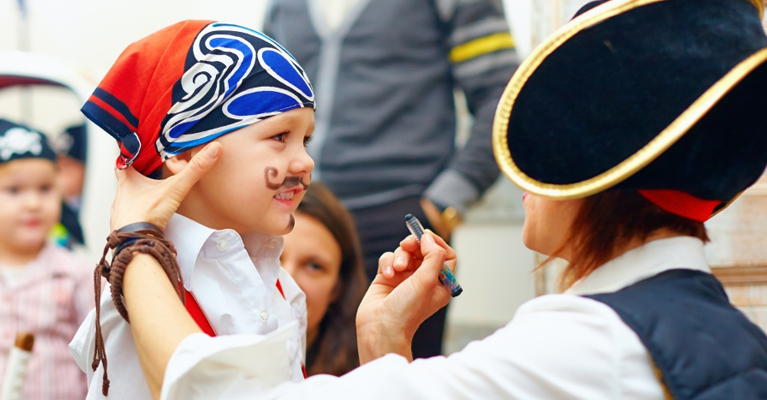 Don’t Shut Them Down

Sometimes children lose the love for learning — but not for lack of effort on their part. Preschool-aged kids look up to their adult role models, and they rely on them for guidance. From a little kid’s perspective, adults have all the answers, and when they learn something new or want to ask a question, there’s no one better to turn to.

So, if your kids run up to you with some cool new fact they learned, or they have meaningful questions born from introspection, don’t give them the cold shoulder. Yes, you might be busy. Yes, it might happen all the time. But learning should be enabled, and it’s important to help kids find value in it.

If you don’t have the time to discuss your child’s new discovery, or answer their plethora of questions, let them know that you’re very much interested and that you’ll tag up with them later to talk all about it. But whatever you do, don’t act disinterested.

Surround Them With Stimulating Tools and Toys

Just like with media, toys vary in the learning potential they provide. There are toys that promote creativity, activate problem-solving skills, and stimulate the imagination, and there are others that merely entertain.

The thing is, learning and play don’t need to be mutually exclusive. As an example, let’s compare a LEGO kit with an action figure. The action figure will no doubt engage the imagination and a child will love playing with it. But the LEGO kit provides that experience, and much more. The LEGO kit will invite the child to build it on their own using instructions, and present the opportunity for them to engineer new creations on their own. And whatever they build, they can still play with it as they would an action figure. Win-win!

Seek out toys, games, and tools that will inspire your child to explore new concepts. Building kits are valuable, as well as STEM-based kits which are essentially science projects in a box which are marketed as toys. Whatever you choose, if it can provide learning and playing, your child will be all the better for it.

The last thing you can do is ensure that your child is a fantastic education in their preschool and kindergarten years, one which respects the needs that little kids have while always encouraging them to learn and grow. If you’re in the Chantilly or Herndon area, Madame Curie School of Science and Technology is the answer.

Our preschool program and kindergarten program is tailored to our little students to make learning fun and engaging. Want to learn more about our programs? Contact us today!

We have designed unique programs for each age group, starting from 18 months all the way up to 5 years old. Our curriculum emphasizes engaging, hands-on activities.

From pre-kindergarten to after-school programs and summer camps, our programs are innovative and focused on STEAM++ education.

We have two conveniently situated locations in Southriding and Herndon, making it fast and easy to reach one of our locations from any part of town.